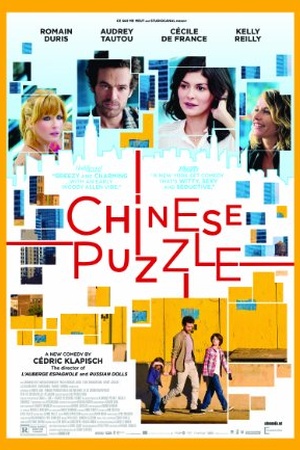 Sorry, Chinese Puzzle (2013) isn't available on Netflix United States, but is available in a different country. Still want to view it? click here.

A 40-year-old father's life is complicated when the mother of his two children moves to New York. Since he can't bear them growing up far away from him, he decides to move there as well. In this third installment of director Cédric Klapisch's trilogy, newly divorced Xavier Rousseau follows his ex to the Big Apple, hoping to start over.