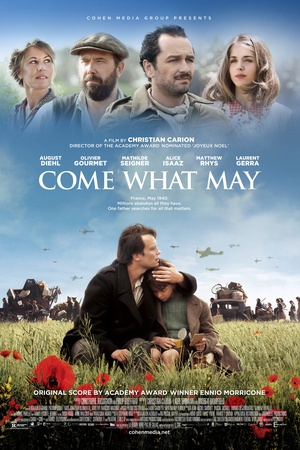 Is Come What May on Netflix United States?

Yes! Come What May (2015) is available on Netflix United States.

A German communist flees to Northern France with his son. German troops follow May 1940. The son flees with the village towards Dieppe at the English Channel, as does the separated dad, joined by a Scottish officer. Fleeing advancing Nazi forces in May 1940, a group of French villagers are trailed by a Scottish soldier and a German dissenter searching for his son.