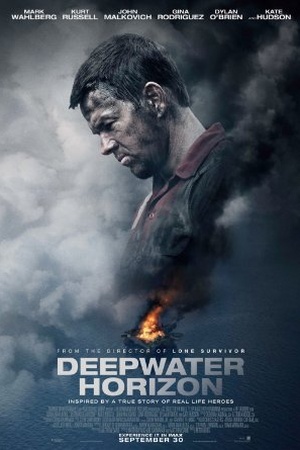 Sorry, Deepwater Horizon (2016) isn't available on Netflix United States, but is available in a different country. Still want to view it? click here.

A dramatization of the disaster in April 2010, when the offshore drilling rig called the Deepwater Horizon exploded, resulting in the worst oil spill in American history. This dramatization of the 2010 catastrophe on the titular oil rig also chronicles the 12 hours leading up to what became a colossal man-made disaster. Mark Wahlberg leads an all-star cast in this unforgettably powerful film inspired by a thrilling story of real-life heroes. For the one hundred and twenty-six people aboard the Deepwater Horizon offshore oil rig, April 20, 2010, began like any normal day. Before day's end, the world would bear witness to one of the greatest man-made disasters in U.S. history. Deepwater Horizon reveals the brave acts of the men and women who rose to the challenge—and risked everything to lead others to safety.