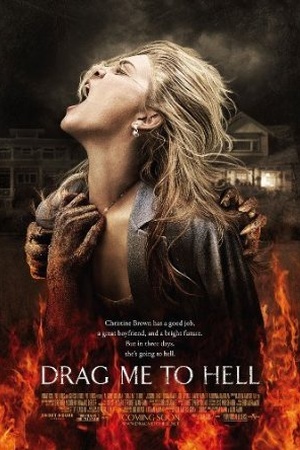 Is Drag Me to Hell on Netflix United States?

Sorry, Drag Me to Hell (2009) isn't available on Netflix United States, but is available in a different country.

A loan officer who evicts an old woman from her home finds herself the recipient of a supernatural curse. Desperate, she turns to a seer to try and save her soul, while evil forces work to push her to a breaking point. Christine is convinced that she's been cursed after crossing paths with a Gypsy. Now, she has only days to keep her soul from being dragged to hell.