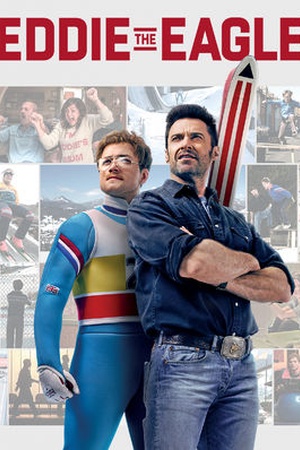 Is Eddie the Eagle on Netflix United States?

Sorry, Eddie the Eagle (2016) isn't available on Netflix United States, but is available in a different country. Still want to view it? click here.

The story of Eddie Edwards, the notoriously tenacious British underdog ski jumper who charmed the world at the 1988 Winter Olympics. Taron Egerton co-stars alongside ACADEMY AWARD® Nominee Hugh Jackman* in this high-flying, feel-good story inspired by true events. Egerton plays Eddie "The Eagle" Edwards, an unlikely but courageous British ski-jumper who never stopped believing in himself–even as an entire nation was counting him out. With the help of a rebellious and charismatic coach (Jackman), the lovable underdog wins the hearts of fans around the world by making an unforgettable showing at the 1988 Calgary Winter Olympics. This inspirational film tells the true story of Eddie 'The Eagle' Edwards, who became England's unlikely ski-jump hero in the '88 Olympics.