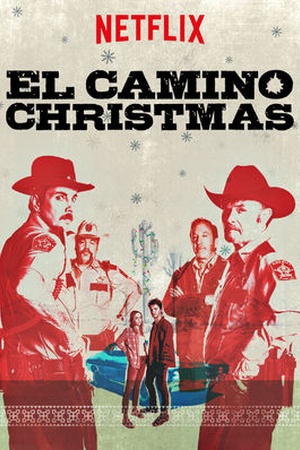 Eric comes to El Camino looking for his unknown dad. He's harassed, hit and jailed by a drunk local cop, who later shoots at a liquor mart with Eric +4 inside. The sheriff and deputy then shoot up the place, answering each other's fire. Stuck in a liquor store during an alleged robbery, a group of strangers shares hidden truths and forms an unexpected bond on Christmas Eve.