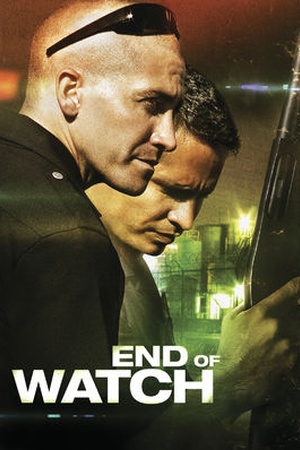 Is End of Watch on Netflix United States?

Yes! End of Watch (2012) is available on Netflix United States.

Officers Taylor and Zavala patrol the streets of South Central Los Angeles, an area of the city ruled by gangs and riddled with drug violence. Shot documentary-style, this film follows the daily grind of two young police officers in LA who are partners and friends, and what happens when they meet criminal forces greater than themselves. From the writer of Training Day comes a gripping, action-packed cop drama starring Academy Award® nominee Jake Gyllenhaal and Michael Peña. In their mission to abide by their oath to serve and protect, Officers Brian Taylor (Gyllenhaal) and Mike Zavala (Peña) have formed a powerful brotherhood to ensure they both go home at the end of watch. But nothing can prepare them for the violent backlash that happens after they pull over the members of a notorious drug cartel for a routine traffic stop. Seen from the point of view of the officers, gang members, surveillance cameras, dash cams and citizens caught in the line of fire, a 360° perspective creates a gritty, compassionate and intense portrait of the city’s darkest streets, and the brave men and women patrolling them.