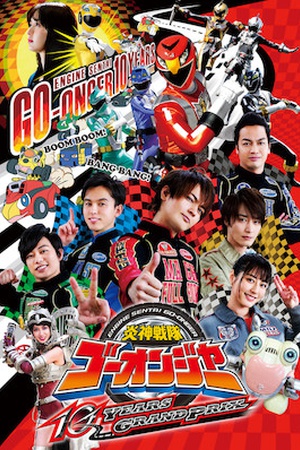 Engine Sentai Go-Onger: 10 Years Grand Prix is a Toei produced, Super Sentai V-Cinema movie to commemorate the 10th anniversary premiere of the Engine Sentai Go-Onger series. A decade after facing Gaiark, a mysterious boy with the power of Engine Bearrv pits the Go-Ongers against the government that has outlawed them.