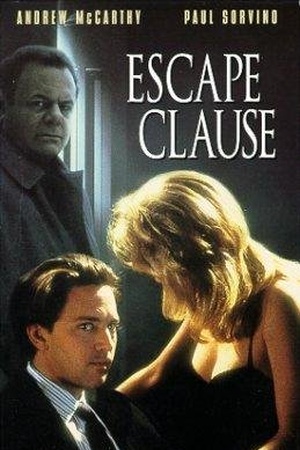 Sorry, Escape Clause is not yet available on Netflix.

A man finds out from a would be killer that his wife has paid $10,000 to have him killed. But is this mysterious man telling the truth? When both the killer and the wife turn up dead, ... Blindsided by news that his wife is plotting to kill him, an executive becomes a murder suspect when his spouse and her hired hit man turn up dead.