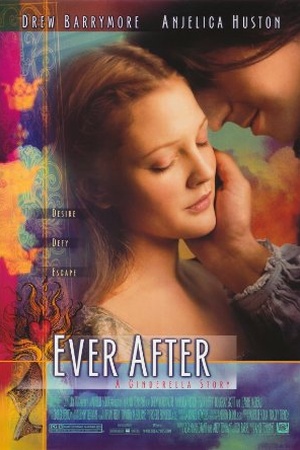 Is Ever After: A Cinderella Story on Netflix United States?

Sorry, Ever After: A Cinderella Story (1998) isn't available on Netflix United States, but is available in a different country.

A modern young woman of the 16th century, Danielle (Drew Barrymore), is as independent and wise as she is beautiful and kind. Against remarkable odds, she stands up to her scheming stepmother (Angelica Huston) and works miracles on the lives of everyone around her, including the crown prince of France (Dougray Scott)! The Brothers Grimm arrive at the home of a wealthy Grande Dame who speaks of the many legends surrounding the fable of the cinder girl before telling the "true" story of her ancestor. When mistreated orphan Danielle stumbles onto Prince Henry, who's fleeing an arranged marriage, the two inspire each other to resolve their troubles.

Check the Ever After: A Cinderella Story (1998) trailer!