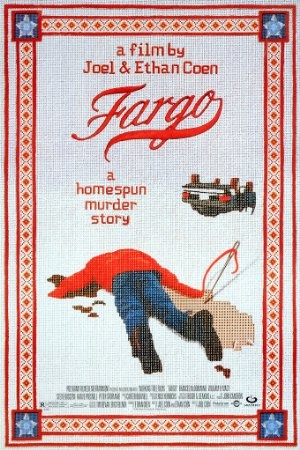 Is Fargo on Netflix United States?

Sorry, Fargo (1996) isn't available on Netflix United States, but is available in a different country. Still want to view it? click here.

Jerry Lundegaard's inept crime falls apart due to his and his henchmen's bungling and the persistent police work of the quite pregnant Marge Gunderson. In Fargo, filmmaking brothers Joel and Ethan Coen both embrace and satirize their North Dakota roots. A patrolman and two innocent bystanders are discovered murdered in cold blood on a snowy North Dakota highway, leading very pregnant policewoman Marge Gunderson (Frances McDormand) on an investigation that uncovers a conspiracy of greed and ineptitude. Minneapolis husband, farther and car salesman Jerry Lundegaard (William H. Macy), who has long chafed under the thumb of his wealthy boss and father-in-law, concocts an elaborate scheme involving the kidnapping of his wife and a million-dollar ransom to pay off his extensive gambling debts. However, everything that could possibly go wrong indeed DOES go wrong. Officer Gunderson's outwardly homespun and folksy persona conceals a penetrating mind and a fierce moral compass, and she easily sees through the poorly executed and badly hidden events perpetrated by the bumbling, yet highly dangerous kidnappers (Steve Buscemi and Peter Stormare). Her hilarious and arresting performance netted her an Oscar, and the Coens were also rewarded with a Best Original Screenplay award. When a car dealer conspires with dim-bulb criminals to kidnap his wife for a hefty ransom, a folksy -- and pregnant -- police chief is on the case.