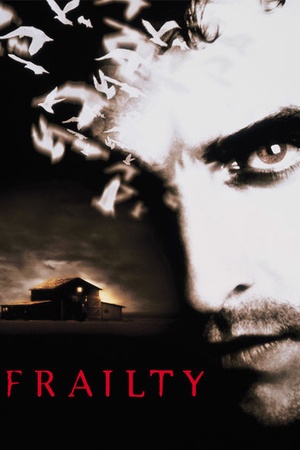 Is Frailty on Netflix United States?

Sorry, Frailty (2002) isn't available on Netflix United States, but is available in a different country.

Fenton Meiks approaches FBI agent Wesley Doyle to confess his disturbed family's role in a series of notorious Texas murders. Years after terrorizing a small Texas community, the God's Hand Killer has returned - leaving in his wake a perplexing trail of fear and death. Convinced that he knows the killer's identity, Fenton Meiks shows up at FBI Headquarters, intent on putting an end to the murderous rampage and relieving his conscience of his family's sinister secrets.