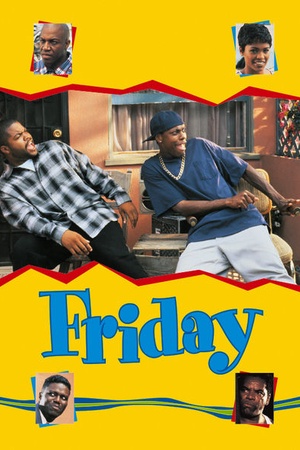 Is Friday on Netflix United States?

It's Friday, and Craig and Smokey must come up with $200 they owe a local bully or there won't be a Saturday. Based in South Central, Los Angeles, this comedy with a strong hip-hop soundtrack features Craig (Ice Cube - "Boyz in the Hood," "Are We There Yet?"), who manages to get fired on his day off (though he claims it's through no fault of his own) and spends the day hanging out with his buddy Smokey (Chris Tucker - "Rush Hour" franchise, "The Fifth Element") and trying to avoid his father (John Witherspoon - "Boomerang," "Little Man"), who wants him to find another job immediately. Smokey (whose name might have something to do with his tremendous fondness for marijuana) has even more serious of a problem; he was given $200 worth of weed to sell by Big Worm (Faizon Love - "Elf," "Who's Your Caddy?"), but he ended up smoking it instead, and if he can't come up with the money by the end of the day, he'll be in a world of hurt and will put Craig in the same place just for being his friend. Also written by Ice Cube. Over the course of one Friday afternoon, two pot-smoking friends get into some crazy trouble in their South Central L.A. neighborhood.