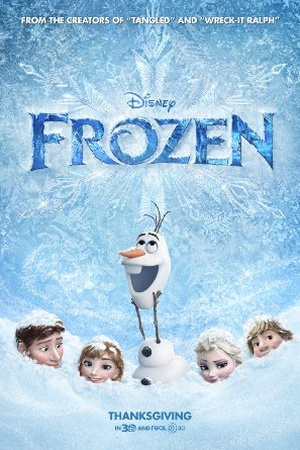 Is Frozen on Netflix United States?

Sorry, Frozen (2013) isn't available on Netflix United States, but is available in a different country.

When the newly crowned Queen Elsa accidentally uses her power to turn things into ice to curse her home in infinite winter, her sister Anna teams up with a mountain man, his playful reindeer, and a snowman to change the weather condition. When Queen Elsa’s icy powers plunge the kingdom of Arendelle into a deep freeze, her intrepid sister, Anna, vows to find her and repair the damage. In “Frozen,” fearless optimist Anna teams up with rugged mountain man Kristoff and his loyal reindeer Sven in an epic journey, encountering Everest-like conditions, mystical trolls and a hilarious snowman named Olaf in a race to find Anna's sister Elsa, whose icy powers have trapped the kingdom of Arendelle in eternal winter.