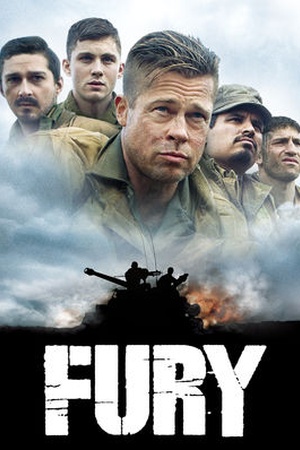 Is Fury on Netflix United States?

Sorry, Fury (2014) isn't available on Netflix United States, but is available in a different country. Still want to view it? click here.

A grizzled tank commander makes tough decisions as he and his crew fight their way across Germany in April, 1945. April, 1945. As the Allies make their final push in the European Theatre, a battle-hardened army sergeant named Wardaddy (Brad Pitt) commands a Sherman tank and her five-man crew on a deadly mission behind enemy lines. Outnumbered and outgunned, and with a rookie soldier thrust into their platoon, Wardaddy and his men face overwhelming odds in their heroic attempts to strike at the heart of Nazi Germany. A green recruit experiences the horror of war with a veteran American tank crew during the vicious combat of World War II's waning days.