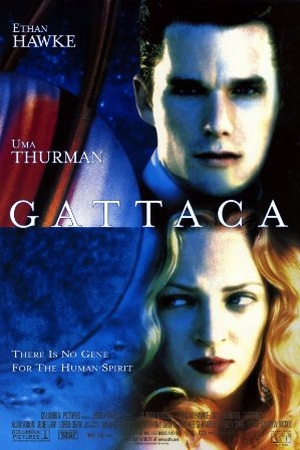 Is Gattaca on Netflix United States?

Sorry, Gattaca (1997) isn't available on Netflix United States, but is available in a different country.

A genetically inferior man assumes the identity of a superior one in order to pursue his lifelong dream of space travel. In a future where status is determined by genetics, a genetically flawed man conspires to game the system in order to achieve his lifelong dream. Ethan Hawke, Uma Thurman, Alan Arkin and Jude Law star in this engrossing sci-fi thriller about an all-too-human man who dares to defy a system obsessed with genetic perfection. Hawke stars as Vincent, an "In-Valid" who assumes the identity of a member of the genetic elite to pursue his goal of traveling into space with the Gattaca Aerospace Corporation. However, a week before his mission, a murder marks Vincent as a suspect. With a relentless investigator in pursuit and the colleague he has fallen in love with beginning to suspect his deception, Vincent's dreams steadily unravel.