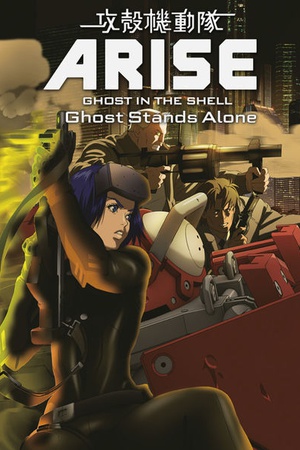 Is Ghost in the Shell: Arise: 'Ghost Stands Alone' on Netflix United States?

Sorry, Ghost in the Shell: Arise: 'Ghost Stands Alone' (2014) isn't available on Netflix United States, but is available in a different country.

In the year 2027, a year following the end of the non-nuclear World War IV, a bomb has gone off in Newport City, killing a major arms dealer who may have ties with the mysterious 501 ... Cyborg computer whiz Motoko and the newly formed Public Security Section 9 team must track down a dangerous virus unleashed by a terrorist hacker.