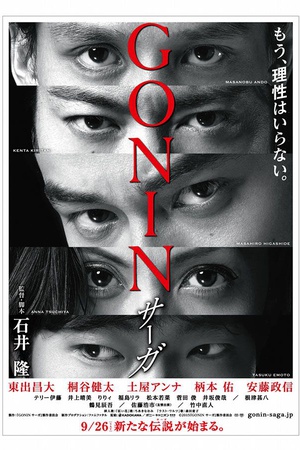 Sorry, Gonin Saga (2015) isn't available on Netflix United States, but is available in a different country. Still want to view it? click here.

GONIN is one of the major classics of 1990s Japanese gangster cinema. In this modern sequel, journalists attempt to clarify the messy fallout from the original movie, and two sons of the ... The children of those involved in an epic heist 19 years ago become embroiled in a gang war when a journalist tries to uncover the events of that day.