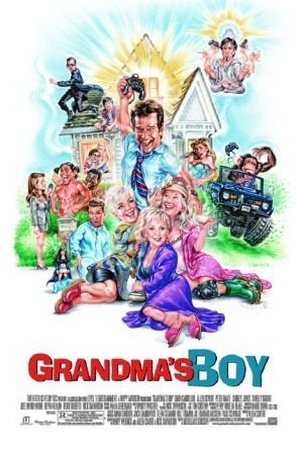 Sorry, Grandma's Boy (2006) isn't available on Netflix United States, but is available in a different country.

A thirty-five-year-old video game tester has to move in with his grandma and her two old lady roommates. Life is sweet for 35-year-old video game tester Alex (Allen Covert), until he's forced to move in with his overbearing grandmother Lilly (Doris Roberts) and her two roommates: oversexed Grace (Shirley Jones) and overmedicated Bea (Shirley Knight). To save face with his much younger co-workers and super-sexy new boss (Linda Cardellini), Alex brags about the "three hot babes" living with him, but soon that cat's out of the bag and the real party at Grandma's house begins!