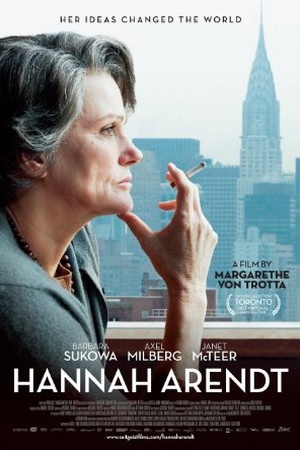 Sorry, Hannah Arendt (2012) isn't available on Netflix United States, but is available in a different country.

A look at the life of philosopher and political theorist Hannah Arendt, who reported for 'The New Yorker' on the trial of the Nazi leader Adolf Eichmann in Jerusalem. After fleeing Nazi Germany for the United States, a Jewish-German philosopher accepts an assignment to cover the trial of an infamous war criminal.