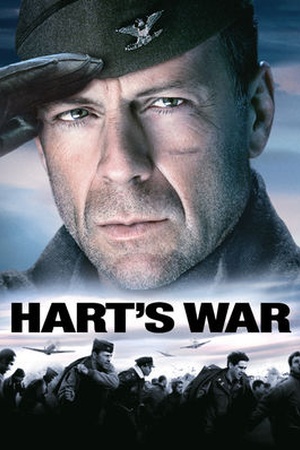 Sorry, Hart's War (2002) isn't available on Netflix United States, but is available in a different country.

A law student becomes a lieutenant during World War II, is captured and asked to defend a black prisoner of war falsely accused of murder. When an African-American pilot in a German POW camp is accused of killing an inmate, a lieutenant must defend him without exposing dangerous secrets.