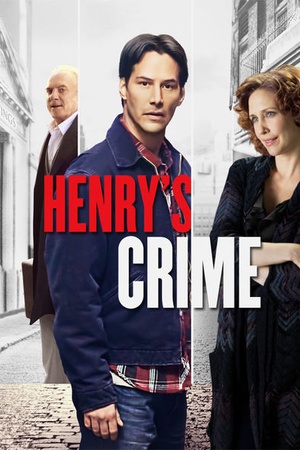 Sorry, Henry's Crime (2010) isn't available on Netflix United States, but is available in a different country.

Released from prison for a crime he didn't commit, an ex-con targets the same bank he was sent away for robbing. An affable tollbooth worker in Buffalo, N.Y., finds himself on the wrong end of justice when he's convicted of a bank robbery that he didn't commit.