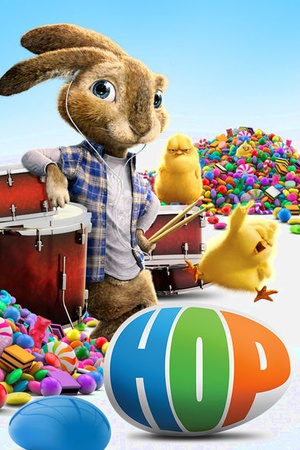 Is Hop on Netflix United States?

E.B., the Easter Bunny's teenage son, heads to Hollywood, determined to become a drummer in a rock 'n' roll band. In LA, he's taken in by Fred after the out-of-work slacker hits E.B. with his car. From the creators of Despicable Me comes an all-new comedy about candy, chicks and rock ‘n’ roll! He was destined to be the Easter Bunny, but all he wanted to do was rock! When teenage E.B. (voiced by Russell Brand) leaves for Hollywood in pursuit of his dream to become a rock star drummer, he meets Fred (James Marsden), an out-of-work slacker with his own lofty goals. Together the two encounter a series of hilarious mishaps and misadventures and in the end help each other recognize the importance of family. A jobless slacker finds himself beyond busy after he runs over the Easter Bunny and has to take over the rabbit's duties so the holiday can continue.