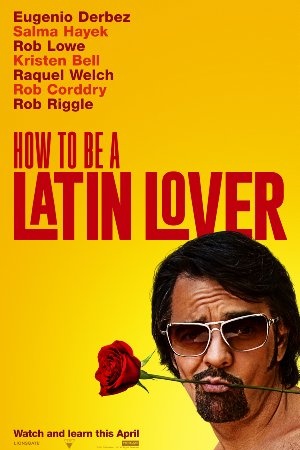 Is How to Be a Latin Lover on Netflix United States?

Yes! How to Be a Latin Lover (2017) is available on Netflix United States.

When an aging Lothario gets the boot from his sugar mama, he must pull out all the stops to find a new female sponsor. Finding himself dumped after twenty-five years of marriage, a man who made a career of seducing rich older women must move in with his estranged sister, where he begins to learn the value of family. Eugenio Derbez (Instructions Not Included) heads an all-star cast in this uproariously funny comedy! When aging Latin lover Maximo (Derbez) is suddenly dumped by the older woman he married for money, he moves in with his estranged sister Sara (Salma Hayek) and her 10-year-old son, Hugo. Determined to return to the lap of luxury, Maximo uses Hugo to meet a rich widow—and learns that love and trust must be earned in this hilarious film featuring Rob Lowe, Kristen Bell, and Raquel Welch.