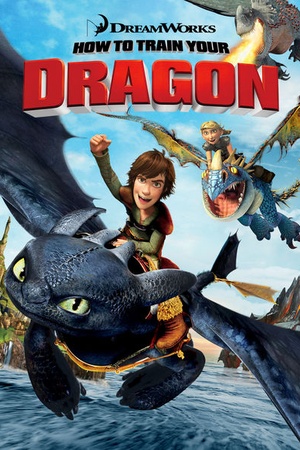 Is How to Train Your Dragon on Netflix United States?

Sorry, How to Train Your Dragon (2010) isn't available on Netflix United States, but is available in a different country. Still want to view it? click here.

A hapless young Viking who aspires to hunt dragons becomes the unlikely friend of a young dragon himself, and learns there may be more to the creatures than he assumed. As the son of a Viking leader, shy Hiccup Horrendous Haddock III faces a rite of passage: He must kill a dragon to prove his warrior mettle. This Academy Award®-nominated DreamWorks Animation film rolls fire-breathing action, epic adventure and big laughs into a captivating, fun and original story. Hiccup is a young Viking who defies tradition and befriends one of his deadliest foes – a ferocious dragon he calls Toothless. Together, the unlikely heroes fight against the odds to save both their worlds in this wonderful, feel-good hit.

Check the How to Train Your Dragon (2010) trailer!