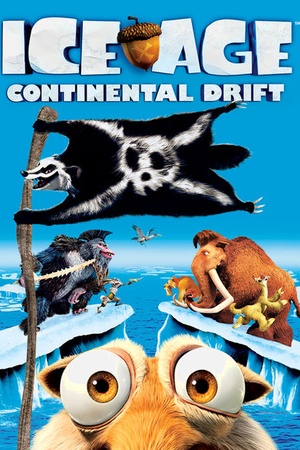 Manny, Diego, and Sid embark upon another adventure after their continent is set adrift. Using an iceberg as a ship, they encounter sea creatures and battle pirates as they explore a new world. The Ice Age series tacks on a fourth act when unexpected events set the continent in motion, sending Manny, Diego and Sid into the open sea.