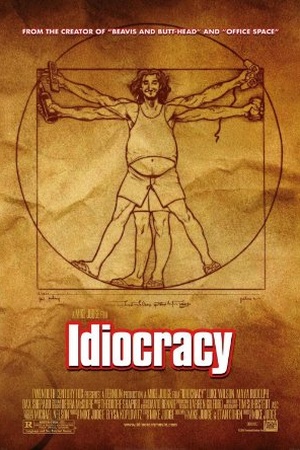 Is Idiocracy on Netflix United States?

Sorry, Idiocracy is not yet available on Netflix.

Private Joe Bauers, the definition of "average American", is selected by the Pentagon to be the guinea pig for a top-secret hibernation program. Forgotten, he awakes five centuries in the future. He discovers a society so incredibly dumbed down that he's easily the most intelligent person alive. From Mike Judge, one of the creative minds behind Beavis and Butt-Head, King of the Hill, and Office Space, comes an outrageous sci-fi comedy that'll make you think twice about the future of mankind. Meet Joe Bowers (Luke Wilson). He's not the sharpest tool in the shed. But when a government hibernation experiment goes awry, Bowers awakens in the year 2505 to find a society so dumbed-down by mass commercialism and mindless TV programming that he's become the smartest guy on the planet. Now it's up to an average Joe to get human evolution back on track!