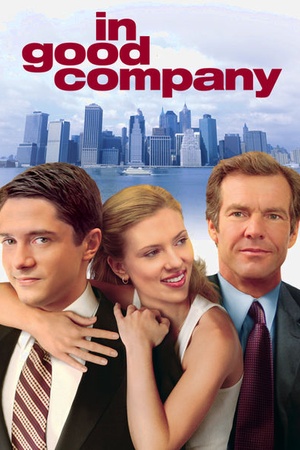 Is In Good Company on Netflix United States?

Sorry, In Good Company (2004) isn't available on Netflix United States, but is available in a different country. Still want to view it? click here.

A middle-aged ad exec is faced with a new boss who's nearly half his age... and who also happens to be sleeping with his daughter. After a corporate shakedown, ad salesman Dan now reports to recent grad Carter, a mandate made more difficult when Carter falls for Dan's daughter.