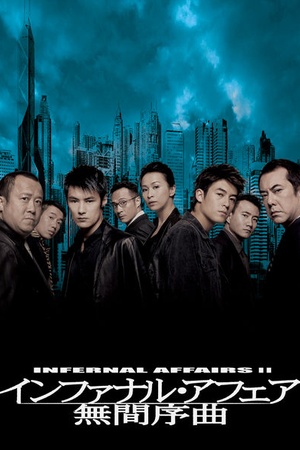 Sorry, Infernal Affairs 2 (2003) isn't available on Netflix United States, but is available in a different country. Still want to view it? click here.

In this prequel to Mou gaan dou (2002), Chan Wing Yan has just become an undercover cop in the triads while Lau Kin Ming joins the police force. Both the triads and the police find an enemy in a rival crime boss. When a policeman learns that a recruit recently booted from the academy is the brother of an organized crime boss, he hires him to go undercover.