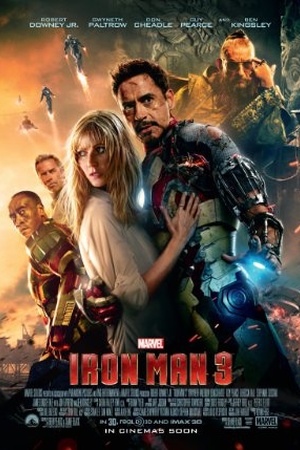 Sorry, Iron Man 3 (2013) isn't available on Netflix United States, but is available in a different country. Still want to view it? click here.

When Tony Stark's world is torn apart by a formidable terrorist called the Mandarin, he starts an odyssey of rebuilding and retribution. The studio that brought you Marvel’s The Avengers unleashes the best Iron Man adventure yet with this must-own, global phenomenon starring Robert Downey Jr. and Gwyneth Paltrow. When Tony Stark/Iron Man finds his entire world reduced to rubble, he must use all his ingenuity to survive, destroy his enemy and somehow protect those he loves. But a soul-searching question haunts him: Does the man make the suit… or does the suit make the man? Robert Downey Jr. dons his powerful armor suit again as superhero Iron Man, who takes on villains intent on destroying the world.