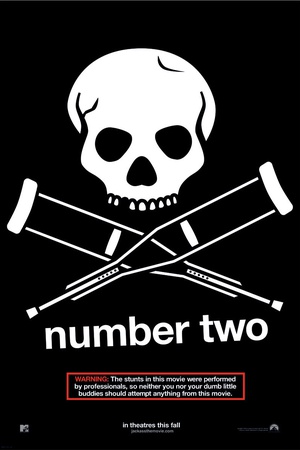 Chris Pontius, Johnny Knoxville, Steve-O, Bam Margera, and the whole crew return to the screen to raise the stakes higher than ever before. A shamelessly immature crew performs more ill-advised stunts and painful pranks, including riding a water hose and using themselves as shark bait.