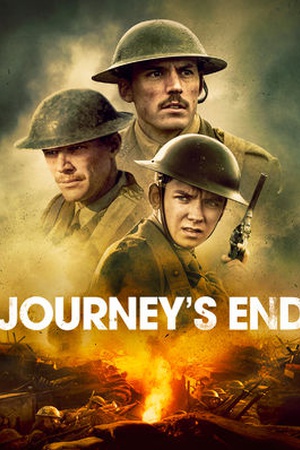 Sorry, Journey's End (2017) isn't available on Netflix United States, but is available in a different country. Still want to view it? click here.

Set in a dugout in Aisne in 1918, it is the story of a group of British officers, led by the mentally disintegrating young officer Stanhope, as they await their fate. With a German attack imminent, British soldiers cope with boredom and terror in the trenches of France during the first World War.