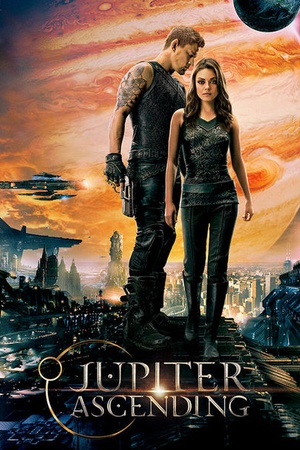 A young woman discovers her destiny as an heiress of intergalactic nobility and must fight to protect the inhabitants of Earth from an ancient and destructive industry. From the streets of Chicago to far flung galaxies whirling through space, Jupiter Ascending is a science fiction epic adventure that follows the downtrodden Jupiter Jones (Mila Kunis), who's destined for greatness. When a genetically engineered ex-military hunter Caine (Channing Tatum) tracks her down, she starts to glimpse the fate waiting for her all along -- her genetic signature marking her as next in line for an extraordinary inheritance that could alter the balance of the cosmos. Lana and Andy Wachowski take us on another visionary journey into the unknown. Also starring Sean Bean, Eddie Redmayne and Douglas Booth, this sci-fi thrill-ride will expand your universe. The battle for our world begins with her. A young impoverished woman learns she's been predestined to change the fate of the universe after a genetically engineered hunter tracks her down.