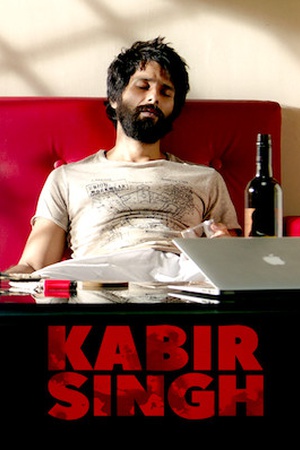 Kabir Singh is a remake of a Telugu movie Arjun Reddy (2017), where a short-tempered house surgeon gets used to drugs and drinks when his girlfriend is forced to marry another person. An exalted but short-fused surgeon plunges into a spiral of drugs, alcohol and rage after his intense relationship with his girlfriend turbulently ends.