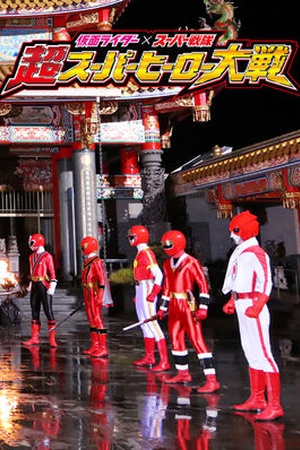 The Game World launches an attack on the Real World. In front of Kamen Rider Ex-Aid (2016) and Uchu Sentai Kyuranger (2017) appears the "Arena of Death" where the destruction of the Earth will be decided. When the Game World attacks, the Super Sentai and the Kamen Riders are thrown into an alternate reality where they must fight for Earth's future.