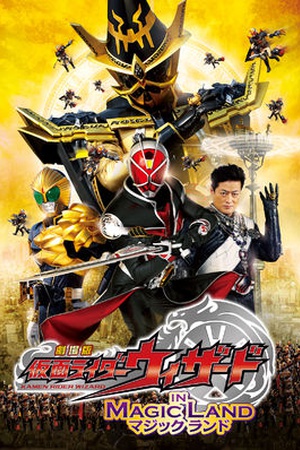 A rainbow-colored tornado takes Haruto and Koyomi to an alternate reality called "Magic Land" where anyone has an ability to use magic, and some of them can even transform into a Kamen Rider Mage. When the Golden Magician changes civilization into a city of magic, Haruto must restore the world back to its original state as Kamen Rider Wizard.