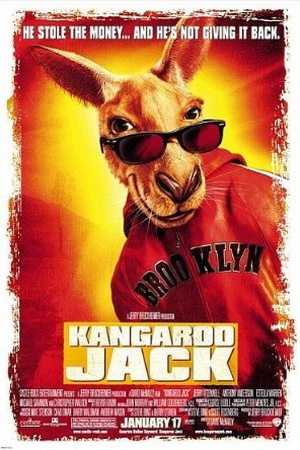 Sorry, Kangaroo Jack (2003) isn't available on Netflix United States, but is available in a different country.

Two childhood friends, a New York hairstylist and a would-be musician, get caught up with the mob and are forced to deliver $50,000 to Australia, but things go haywire when the money is lost to a wild kangaroo. Two boyhood pals sent to Australia to deliver $100,000 of mob money are forced to pursue a runaway kangaroo when the critter runs off with the cash.