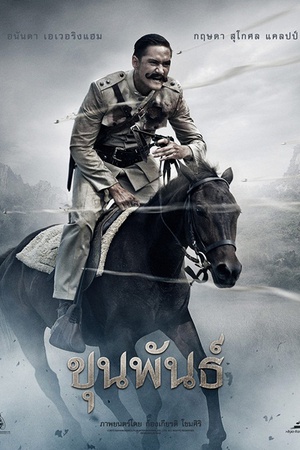 Sorry, Khun Pun (2016) isn't available on Netflix United States, but is available in a different country.

This is a story about a police officer named Khun Phan in WWII.He is off on an undercover mission to take down a governor at an island which everyone there is considered as bandits. Aided by supernatural powers, a charismatic police detective enjoys a long and illustrious career fighting crime in 1940s Thailand.