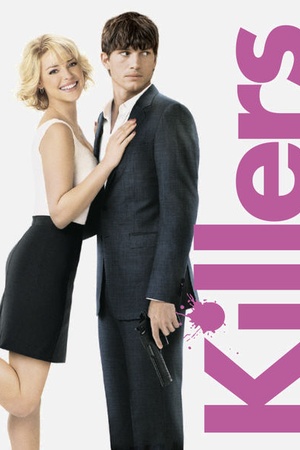 Is Killers on Netflix United States?

Sorry, Killers (2010) isn't available on Netflix United States, but is available in a different country. Still want to view it? click here.

A vacationing woman meets her ideal man, leading to a swift marriage. Back at home, however, their idyllic life is upset when they discover their neighbors could be assassins who have been contracted to kill the couple.. Spencer Aimes (Ashton Kutcher) is just your average, undercover, government-hired super-assassin. When he meets Jen Kornfeldt (Katherine Heigl), he finds true love… and happily trades international intrigue for domestic bliss. Enjoying a picture-perfect marriage, Spencer becomes the target of a multi-million dollar hit. The hired killers have been stalking the happy couple for years, and could be anyone: friends, neighbors, the grocery store clerk, even that crabby old guy shuffling across the street. Now Spencer and Jen are on the run for their lives, all the while trying to save their marriage, and just plain survive. After giving up the gun and settling down, an elite assassin learns that someone from his past has put a contract out on his now tranquil life.