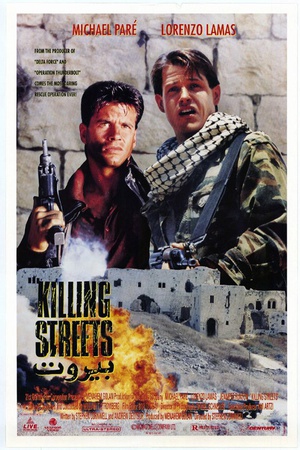 Sorry, Killing Streets (1991) isn't available on Netflix United States, but is available in a different country.

A young Marine is kidnapped by terrorists in Lebanon. His twin brother, frustrated at his inability to get any kind of information from the government about his brother's plight, travels to... A high school coach must save his CIA operative twin from Lebanese radicals in war-torn Beirut when the U.S. government refuses to help.