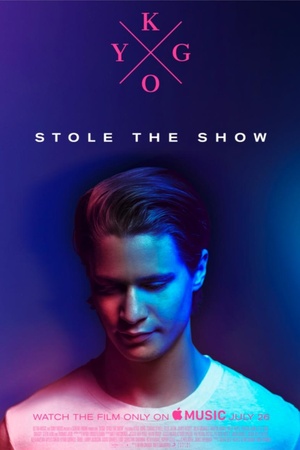 
Is Kygo: Stole the Show on Netflix United States?

Sorry, Kygo: Stole the Show is not yet available on Netflix.

Stole The Show drops us into the heart of the music streaming revolution. Our story follows the rise of Kygo, the first star born in this new streaming age. His success across streaming platforms, driven by his invention of the “tropical house” genre, changed the fundamental rules of how an artist succeeds. Stole The Show centers around Kygo's first arena show at the Barclays Center in Brooklyn, using it as a lens to examine not only Kygo's journey from his bedroom studio in Bergen, Norway, but also the revolutionary rise of streaming. Before Barclays, Kygo was in an oddly indefinable position. His success felt major, becoming the fastest artist in history to reach one billion streams. However, no one had been in this position before, so there were no common benchmarks to go by. He needed a test to gauge his standing outside of the digital world. Barclays Center was that test, and the sold-out results reflected a resounding success. Stole The Show, featuring Bono, Steve Aoki, Martin Garrix, and Shaggy, examines Kygo's ascent within this brave new world of streaming, following his career from before it could be called a career through the moment he officially broke through the ceiling in Brooklyn, and beyond.