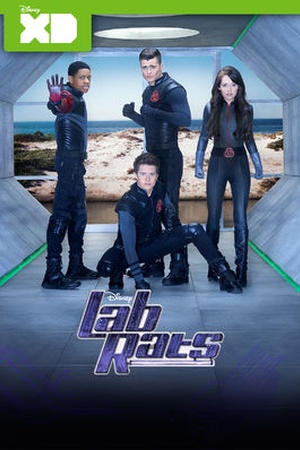 Sorry, Lab Rats (2015) isn't available on Netflix United States, but is available in a different country.

A scrawny 14-year-old, having discovered his inventor stepdad has three bionic, super-powered teens living cloistered in a secret lab beneath their home, brings them out into the world. When high schooler Leo moves into his stepfather's home, he's surprised to learn he has three stepsiblings -- each with bionic powers.