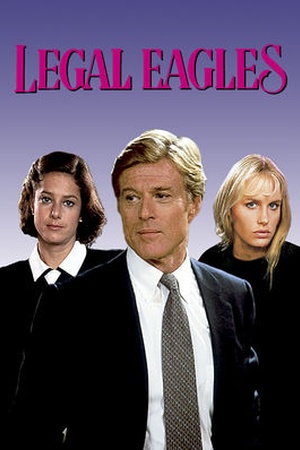 Sorry, Legal Eagles (1986) isn't available on Netflix United States, but is available in a different country.

A New York district attorney works and flirts with his adversary and her kooky artist client, who is on trial for a murder she didn't commit. Unexpected alliances and romantic twists abound when a jobless district attorney assists a rival lawyer in defending an accused murderer.