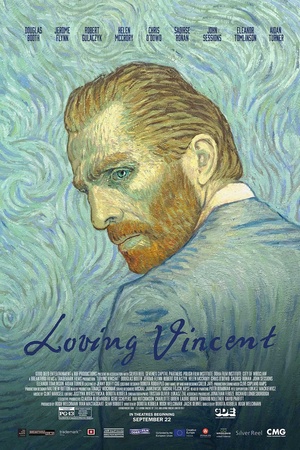 Sorry, Loving Vincent (2017) isn't available on Netflix United States, but is available in a different country. Still want to view it? click here.

In a story depicted in oil painted animation, a young man comes to the last hometown of painter Vincent van Gogh (Robert Gulaczyk) to deliver the troubled artist's final letter and ends up investigating his final days there. Rendered in the style of the beloved Dutch master, this animated biopic recounts the tortured last days of Vincent van Gogh. The life and controversial death of Vincent van Gogh told by his paintings and by the characters that inhabit them. The intrigue unfolds through interviews with the characters closest to Vincent and through dramatic reconstructions of the events leading up to his death. Loving Vincent features 120 of Vincent van Gogh's greatest paintings. The plot, drawn from the 800 letters written by the painter himself, leads us to the significant people and events in the time prior to his unexpected death. Every shot is painted just as Vincent himself painted.