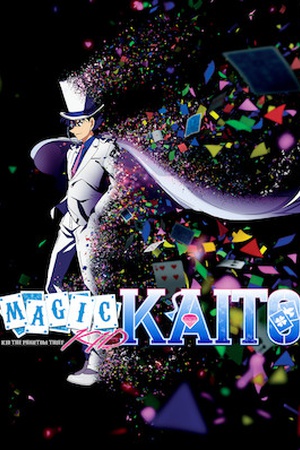 Sorry, Magic Kaito 1412 (2015) isn't available on Netflix United States, but is available in a different country.

High school student Kaito loves magic. His father was a genius magician with a secret identity as the Phantom Thief Kid. Unfortunately his father died in an unforeseen accident in a magic ... Kaito discovers that his late father was the infamous Kaito Kid. Now it's his turn to assume the guise of the phantom thief and dazzle the police.