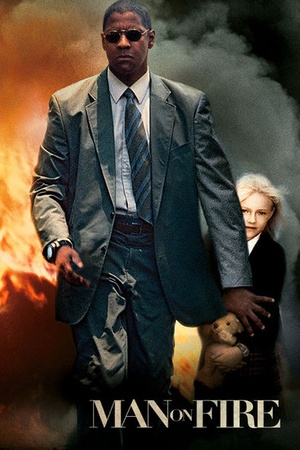 Is Man on Fire on Netflix United States?

Sorry, Man on Fire (2004) isn't available on Netflix United States, but is available in a different country.

In Mexico City, a former CIA operative swears vengeance on those who committed an unspeakable act against the family he was hired to protect. Hard-drinking, burnt-out ex-CIA operative John Creasy (Denzel Washington) has given up on life--until his friend Rayburn (Academy Award winner Christopher Walken) gets him a job as a bodyguard to nine-year-old Pita Ramos (Dakota Fanning). Bit by bit, Creasy begins to reclaim his soul, but when Pita is kidnapped, Creasy unleashes a firestorm of apocalyptic vengeance against everyone responsible. A jaded ex-CIA operative reluctantly accepts a job as the bodyguard for a 10-year-old girl in Mexico City, and must save her when she's kidnapped.