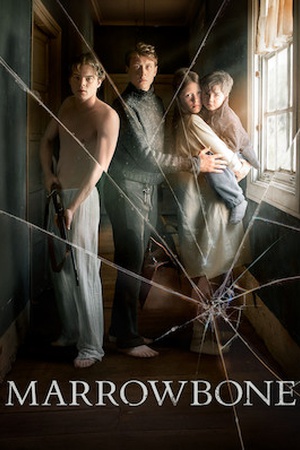 Is Marrowbone on Netflix United States?

Sorry, Marrowbone (2018) isn't available on Netflix United States, but is available in a different country.

A young man and his three younger siblings, who have kept secret the death of their beloved mother in order to remain together, are plagued by a sinister presence in the sprawling manor in which they live. Following their mother's death, four siblings band together to guard the family's secrets and fight the malevolent spirit looking to separate them.