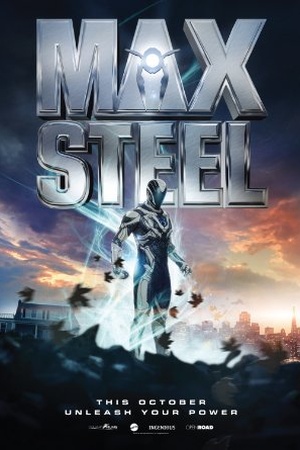 Sorry, Max Steel (2016) isn't available on Netflix United States, but is available in a different country. Still want to view it? click here.

The adventures of teenager Max McGrath and his alien companion, Steel, who must harness and combine their tremendous new powers to evolve into the turbo-charged superhero Max Steel. After 16-year-old Max moves to his late father's hometown, he meets a snarky alien and discovers an amazing -- but dangerous -- power within himself. Max Steel is a teenage superhero for the next generation and an epic adventure for the whole family! 16-year old Max McGrath has just moved to a new town - and is desperately trying to fit in - when he discovers his body can generate the universe's most powerful energy. Unbeknown to Max, a slightly rebellious and hilarious techno-organic extraterrestrial named Steel has been keeping an eye on him, hungry for his super-human energy. When they finally meet, they discover that together they form Max Steel, a superhero possessing powerful strength beyond anything in our world. These two unlikely friends soon find themselves hunted by sinister forces who want to control Max's powers, as well as an unstoppable enemy from another galaxy.