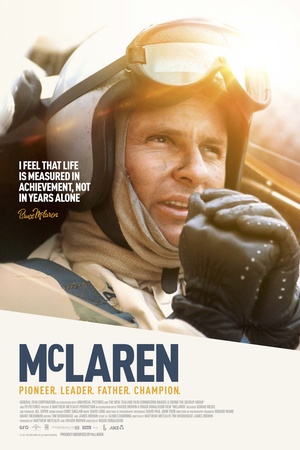 Is McLaren on Netflix United States?

Sorry, McLaren (2017) isn't available on Netflix United States, but is available in a different country. Still want to view it? click here.

Race car driver, designer and innovator Bruce McLaren rose from humble beginnings to forever change the world of motorsport. The story of Bruce McLaren, the New Zealander who founded the McLaren Motor Racing team. A man who showed the world that a man of humble beginnings could take on the elite of motor racing and win. McLaren recounts Bruce McLaren’s life from his humble beginnings at his father's auto shop in Auckland, to revolutionizing Formula 1 racing by becoming the youngest driver ever to win a grand prix, to his death at 32 in a racing accident. Featuring interviews from his closest friends and family members, the documentary is an unprecedented window into the life of a true genius.