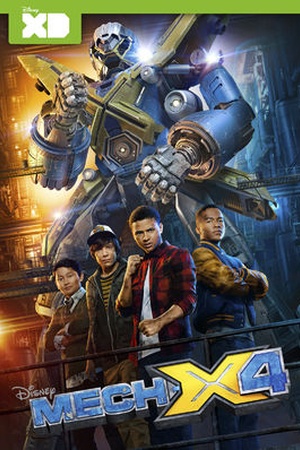 Is MECH-X4 on Netflix United States?

Sorry, MECH-X4 (2016) isn't available on Netflix United States, but is available in a different country.

Ryan Walker mysteriously awakens MECH-X4, a giant robot built to defend Bay City against impending doom. When monsters begin to descend, Ryan recruits his two best friends and his brother to help pilot the robot that is their only hope of saving their town from mass destruction. A scrappy high school freshman who can control machines with his mind uses a 150-foot robot named Mech-X4 to defend his city from giant monsters.